The number one search term on my website is Dia de los Meurtos. One post last Halloween, and it makes me popular all year ’round. I figure resources must be in short supply for Sugar Skull makeup, so I thought I’d do another post on this topic. It’s a great Halloween look, and so much sexier than a tiny skirt and lots of boobs. 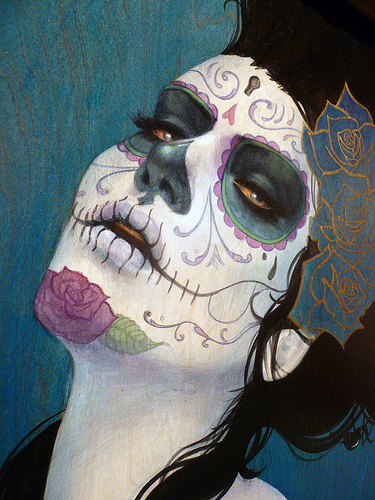 Do a Google Image search for Sylvia Ji. Sylvia Ji is an artist with the most gorgeous sugar skull images. Skulls + pin-ups + a little Frida Kahlo seems to be the magical combination.

Second, get the right materials. 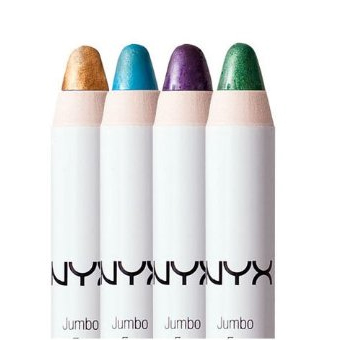 I would venture to say you can hardly even start with a Sugar Skull look without NYX Cosmetics. NYX pencils are widely available; I know you can get the entire color range at Ulta. NYX Milk pencil is perfect to create the soft white skin tone needed. They can be patted and blended and smoothed. You will have to be careful not to touch your face too much (and an especially wild Halloween with drunken snogging will be especially dangerous for the Sugar Skull makeup) so it won’t smear, because it doesn’t dry. Fortunately the Sugar Skull face doesn’t require too much fine work; more bold colors and shapes are required. NYX also makes some good, cheap fake lashes, and I am adoring the idea of glamour lashes with this makeup. If you want, Ben Nye also makes a good clown white. You could even mix it with flesh tone foundation to make it a little softer in color.

For the hair, Forever 21 has some sweet rose clips. The Vibrant Floral Clip is actually quite lovely and amazing; I love the brown one for this look as it almost looks like dried roses. 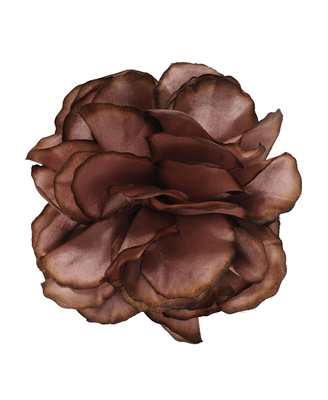 I’m not much of one for Halloween. We never went trick-or-treating as children (don’t worry, it did me no permanent psychic harm), and though I love to dress up, I never seem to have parties to go to. And I have no kids, so there are very few opportunities for me to get all Halloween-y.

Living in a Hispanic community, a new facet has been added to my Halloween experience–Dia de los Muertos, or the Day of the Dead. In Mexico, this holiday is to honor the dead, but in New Mexico, like Halloween itself, it’s pretty much just an excuse to dress up and do awesome goth makeup.

Yesterday while visiting Albuquerque’s Old Town, we caught some musicians in Dia de los Muertos makeup. With a plushie.

The idea behind the makeup is to look like a highly decorated skull. Also known as “Sugar Skull” makeup, for the sugar skulls that are sold on Dia de los Muertos. My favorite designs have a very retro, pinup feel, combining the 50’s Mexiana trend with the skull. A rose behind the ear, bright colors in the makeup (even red lips, sometimes), and the look is more beautiful than scary. 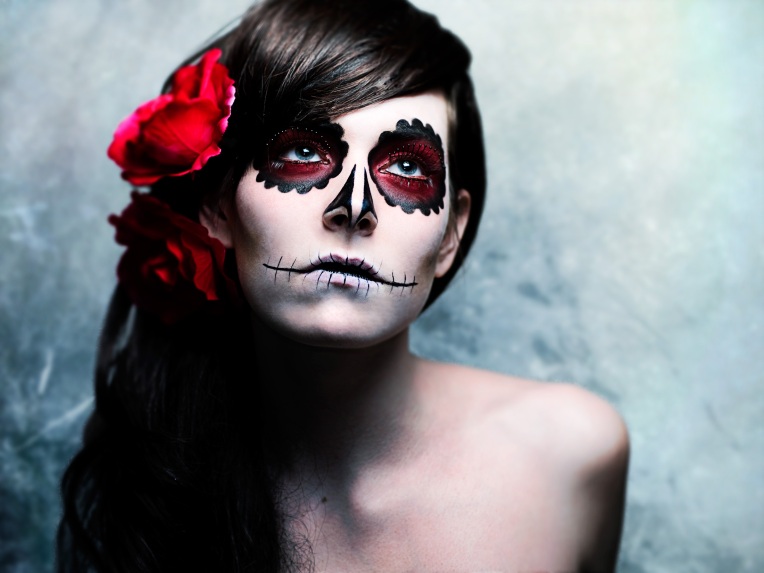 I wanted to try to do this look, and went so far as to look up a couple of tutorials on how to do it. But I got really busy and missed out on doing it (and taking pictures for avatars on various social networking sites, as was my plan). And this weekend I’ve got a houseguest, so doing makeup for an hour or two is definitely out of the question. It might still happen, though… stay tuned.

Freya is chronically overdressed. And proud of it.